Our Environmental Team have been onsite at Ashmole Farm implementing extensive weed control and low-impact replanting.

A stand of Kahikatea and Rimu trees feature prominently in two bush blocks that border the road front of the property. Below the tall canopy of mature trees and in amongst other typical New Zealand natives there could be found pockets of invasive exotic species. 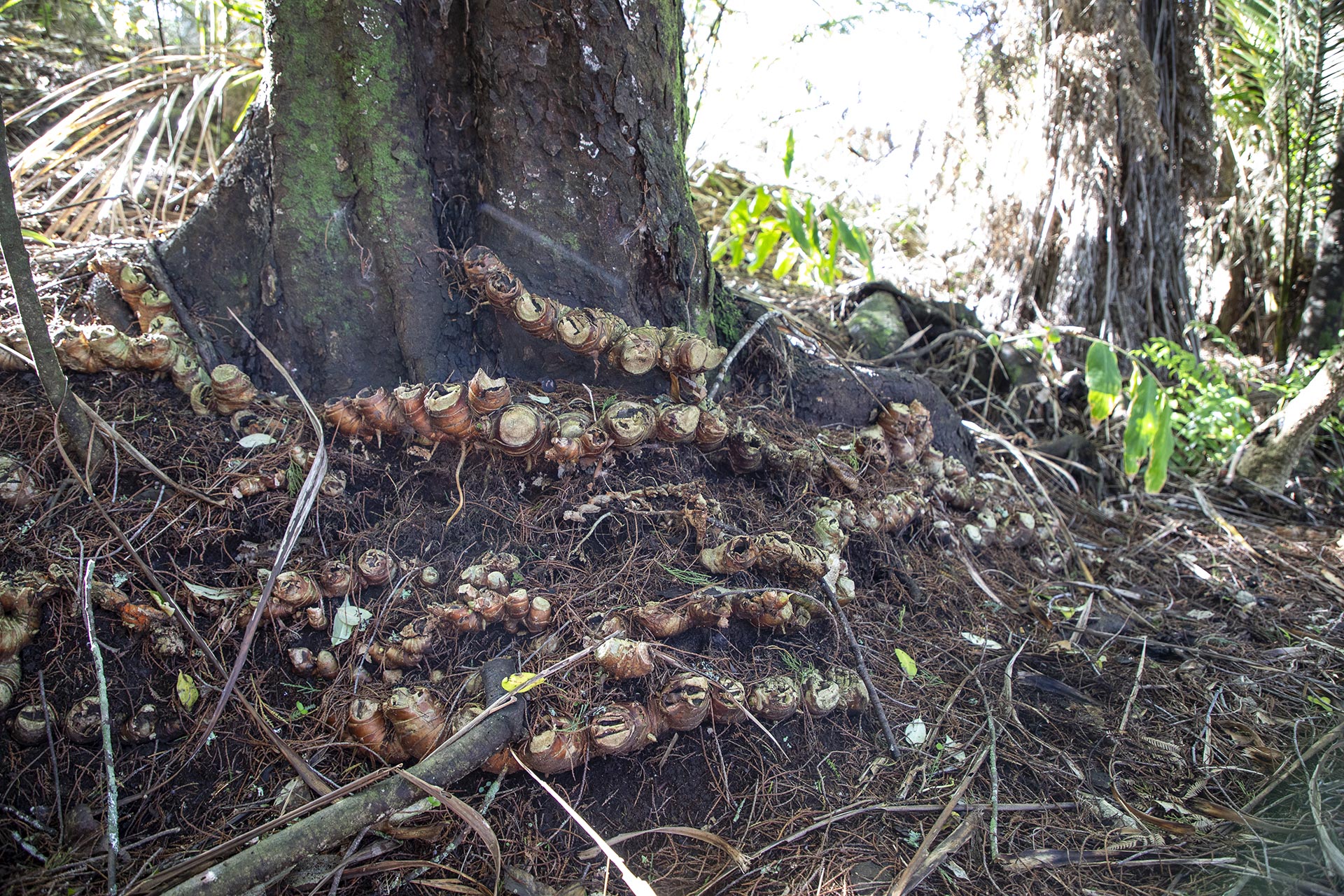 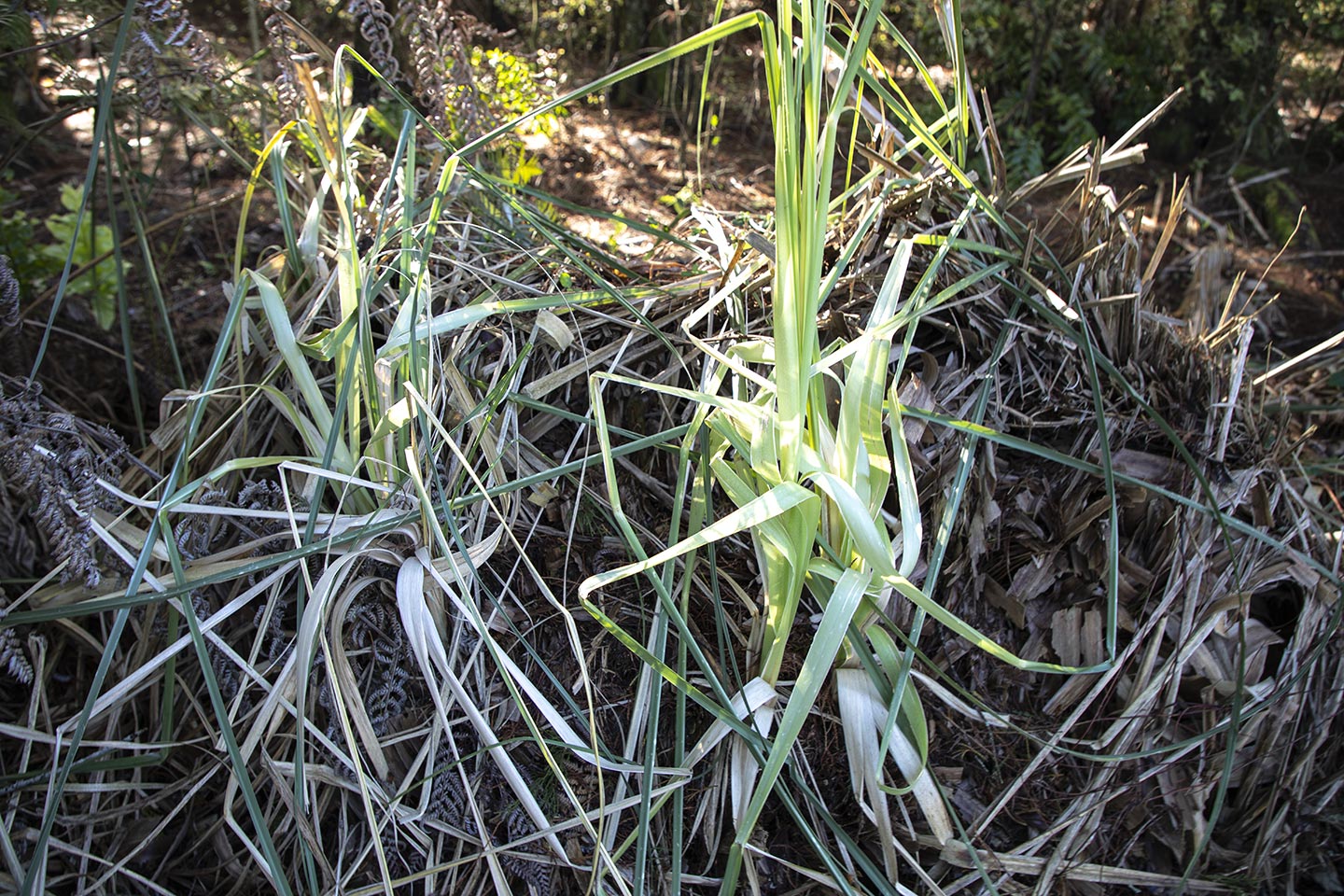 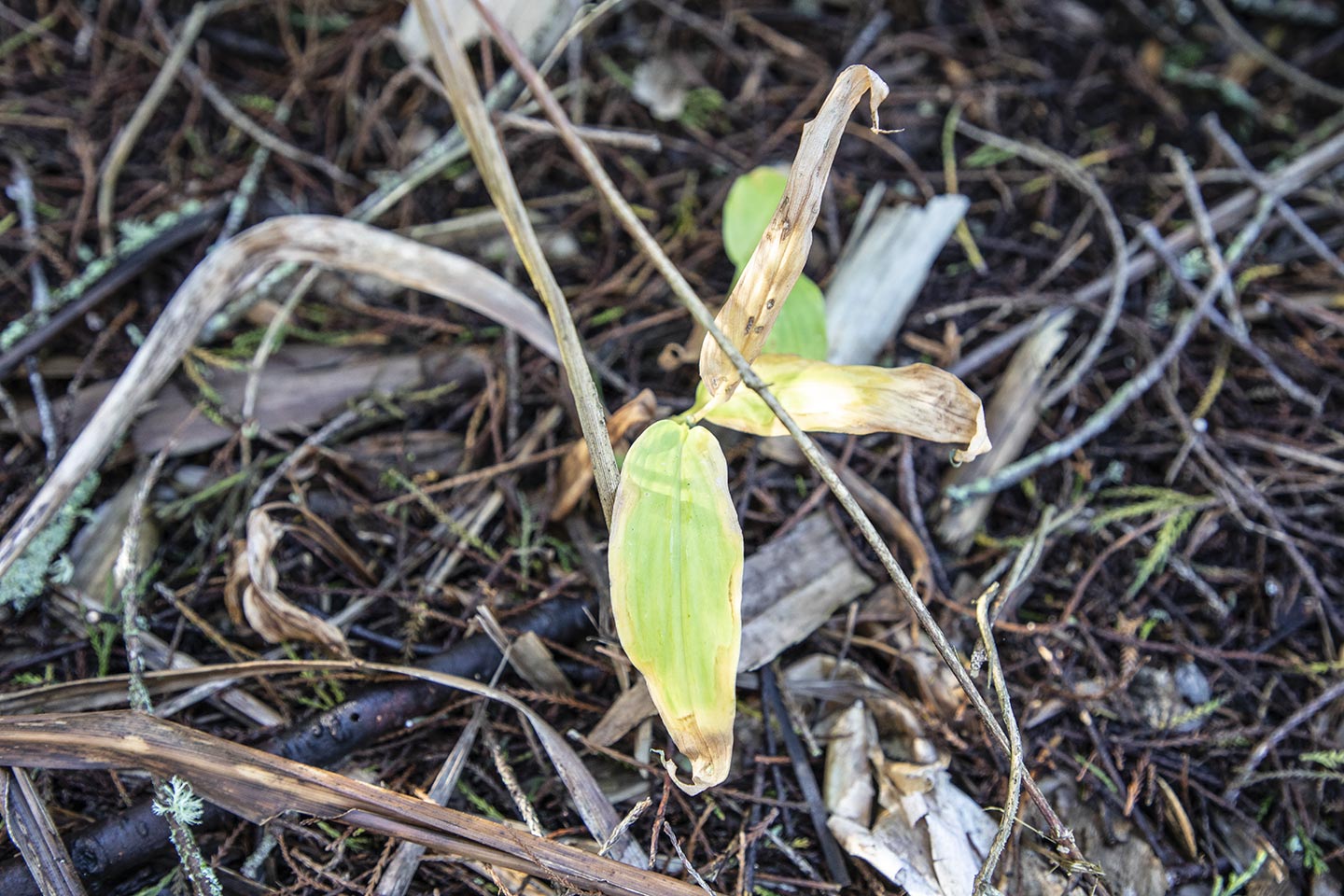 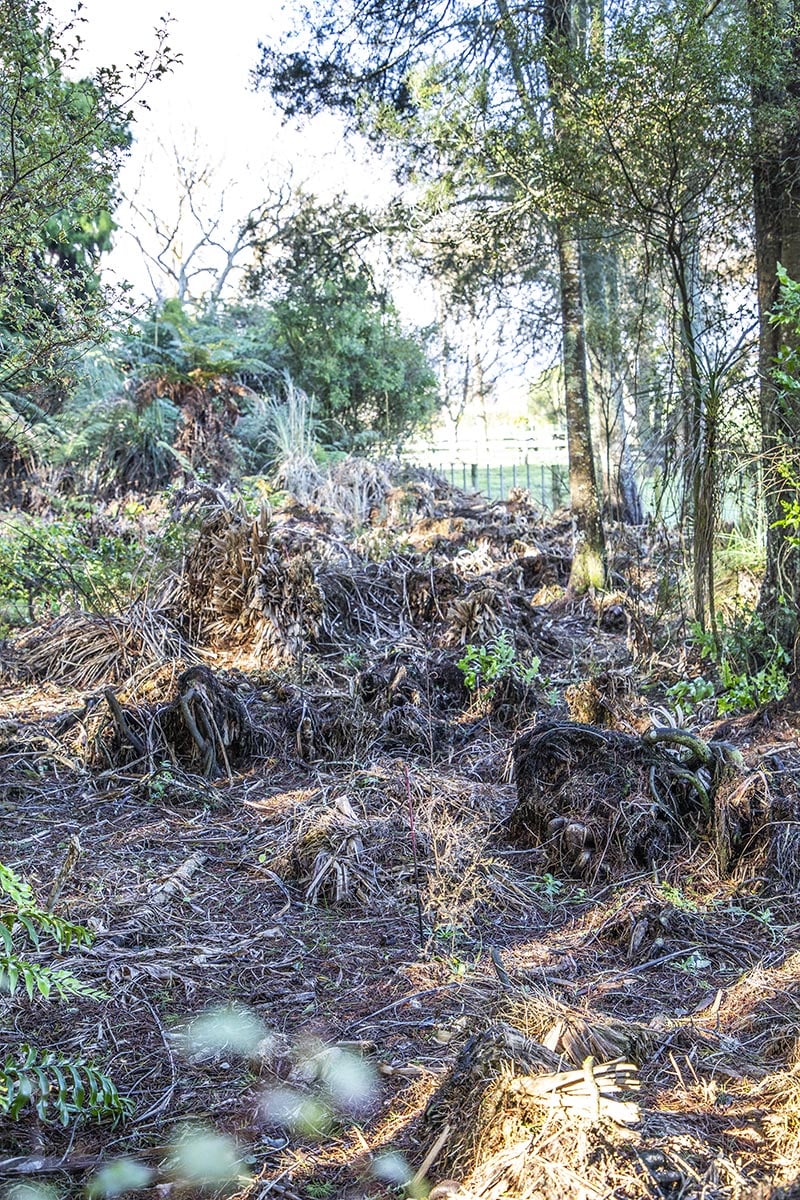 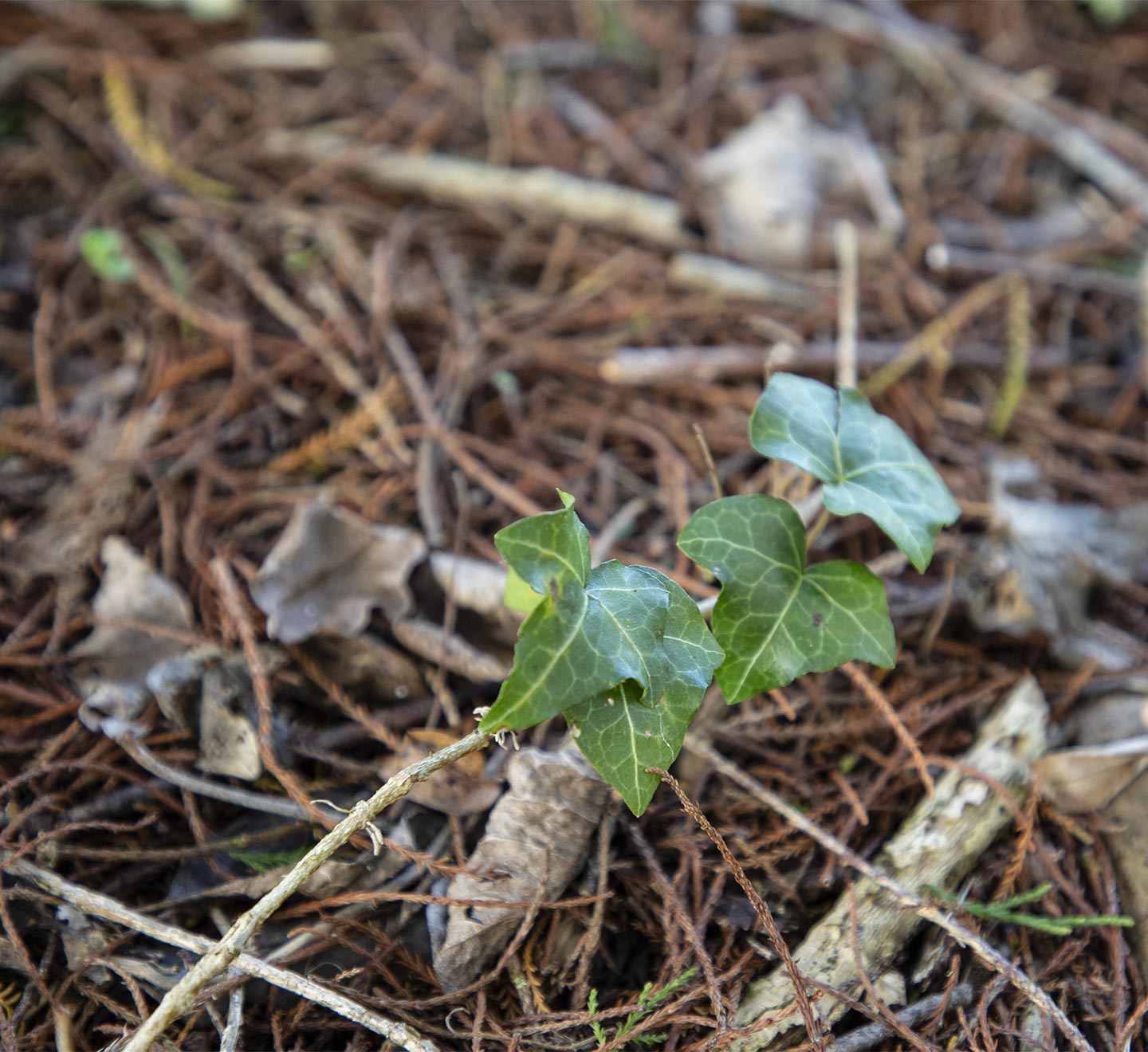 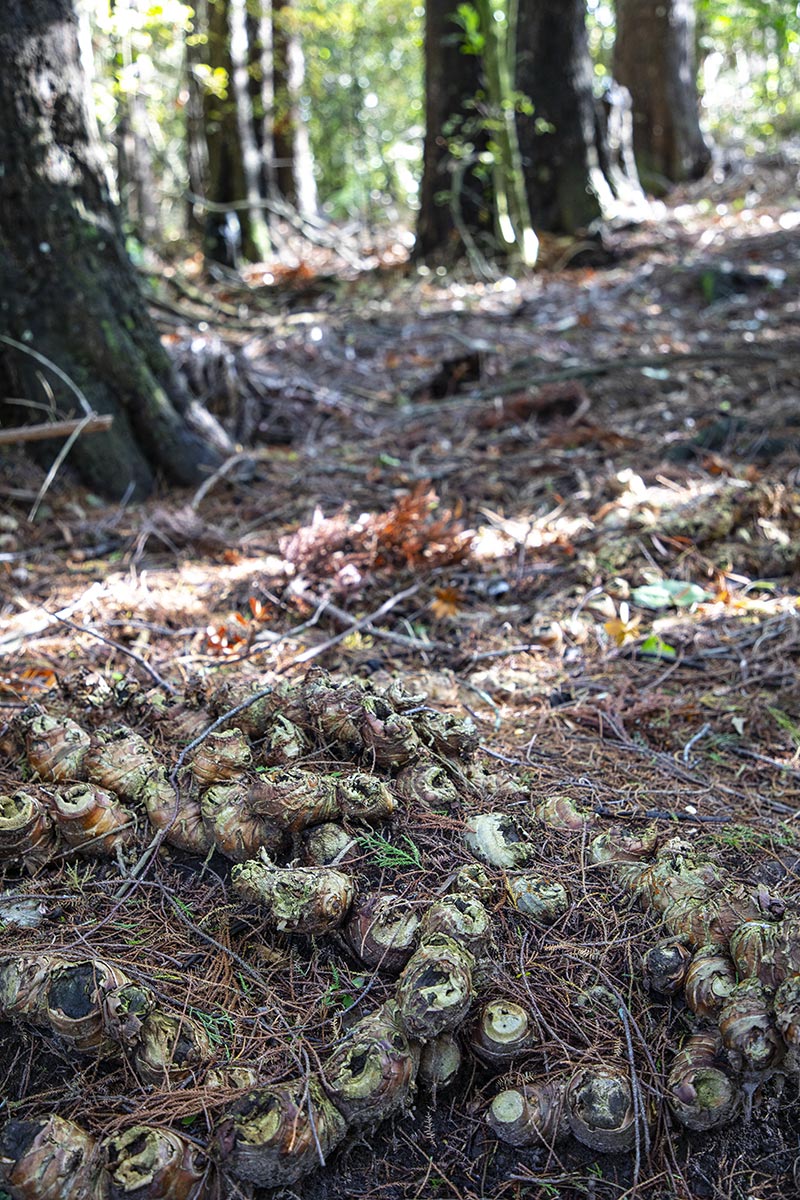 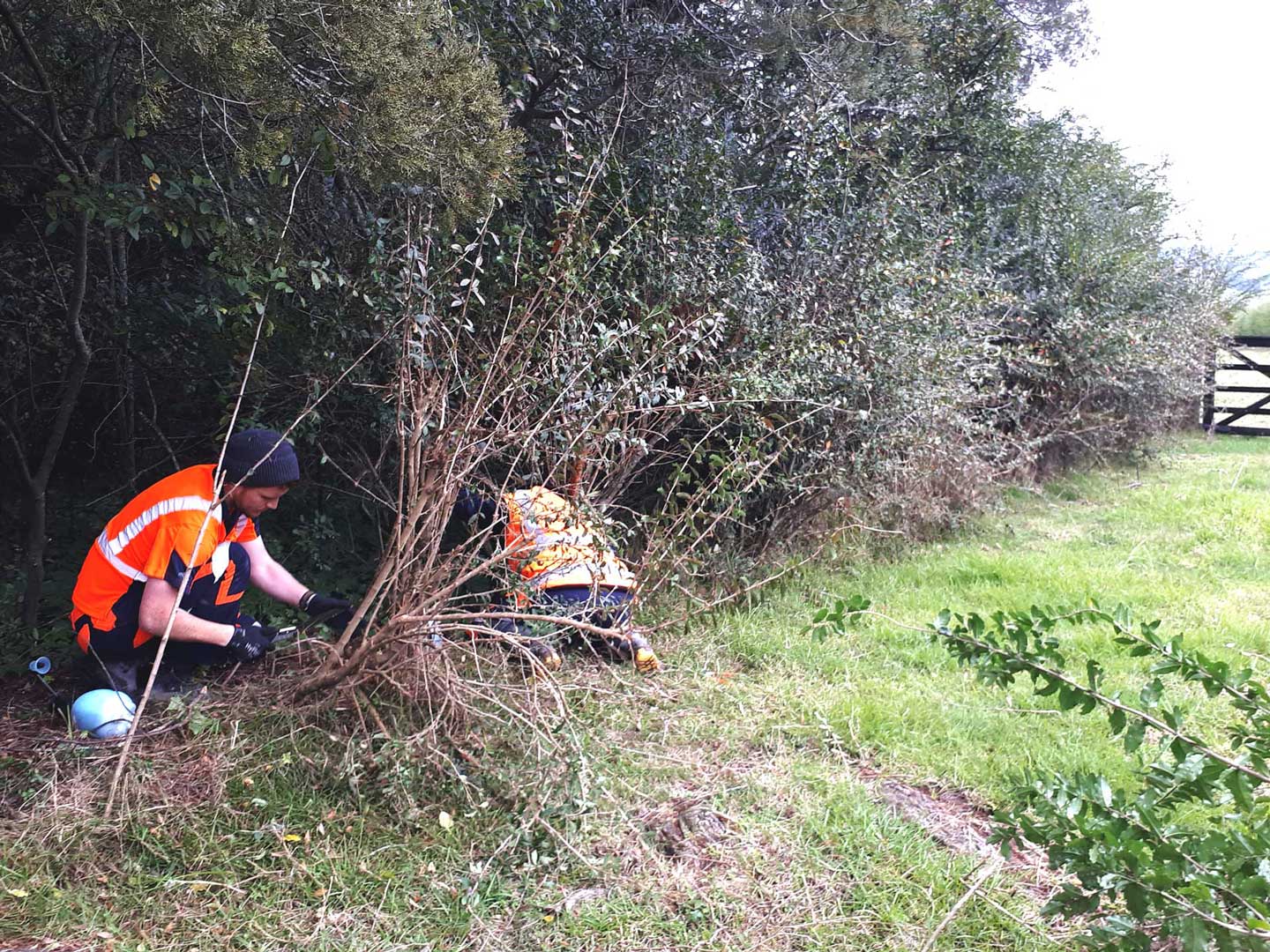 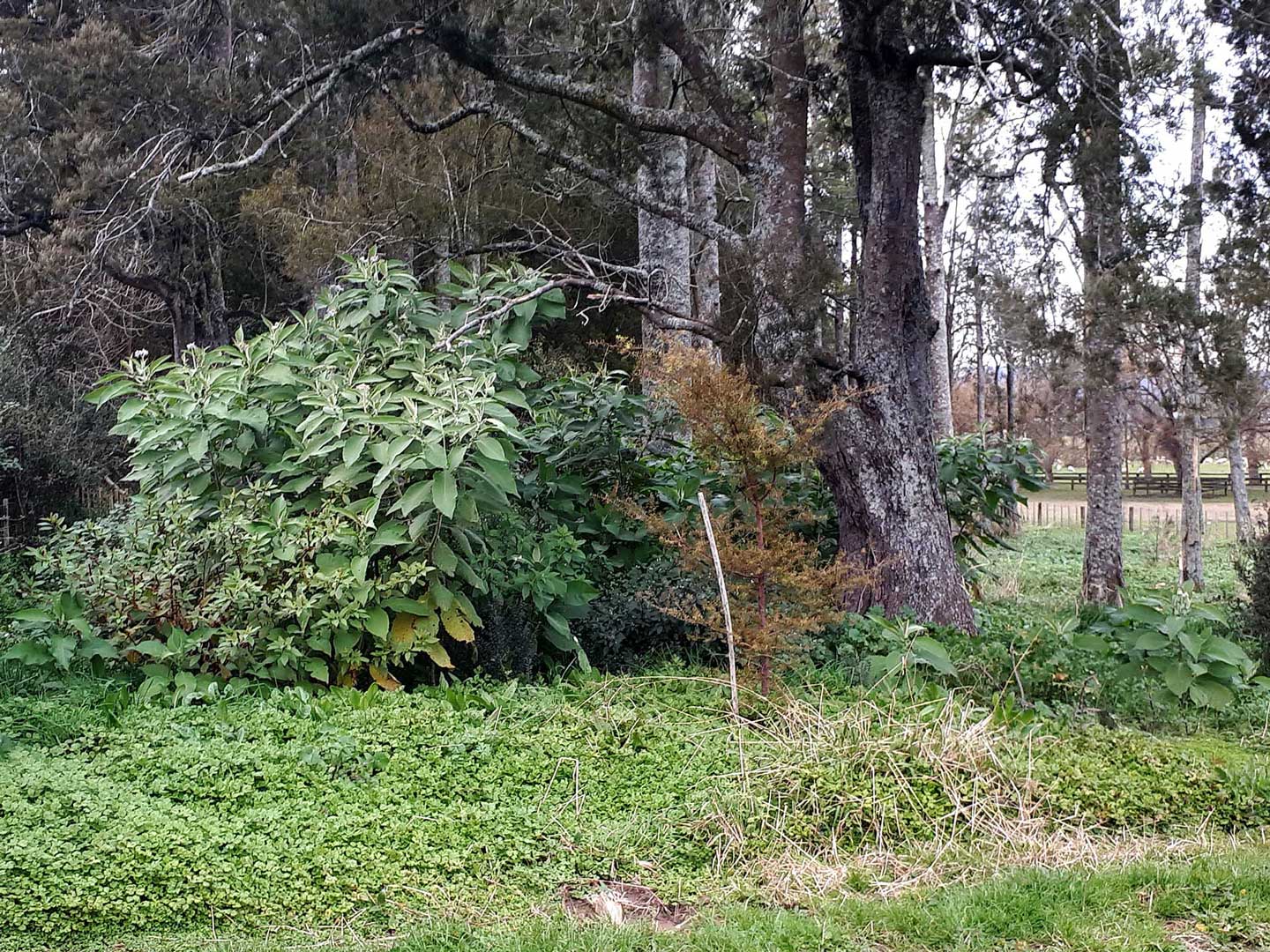 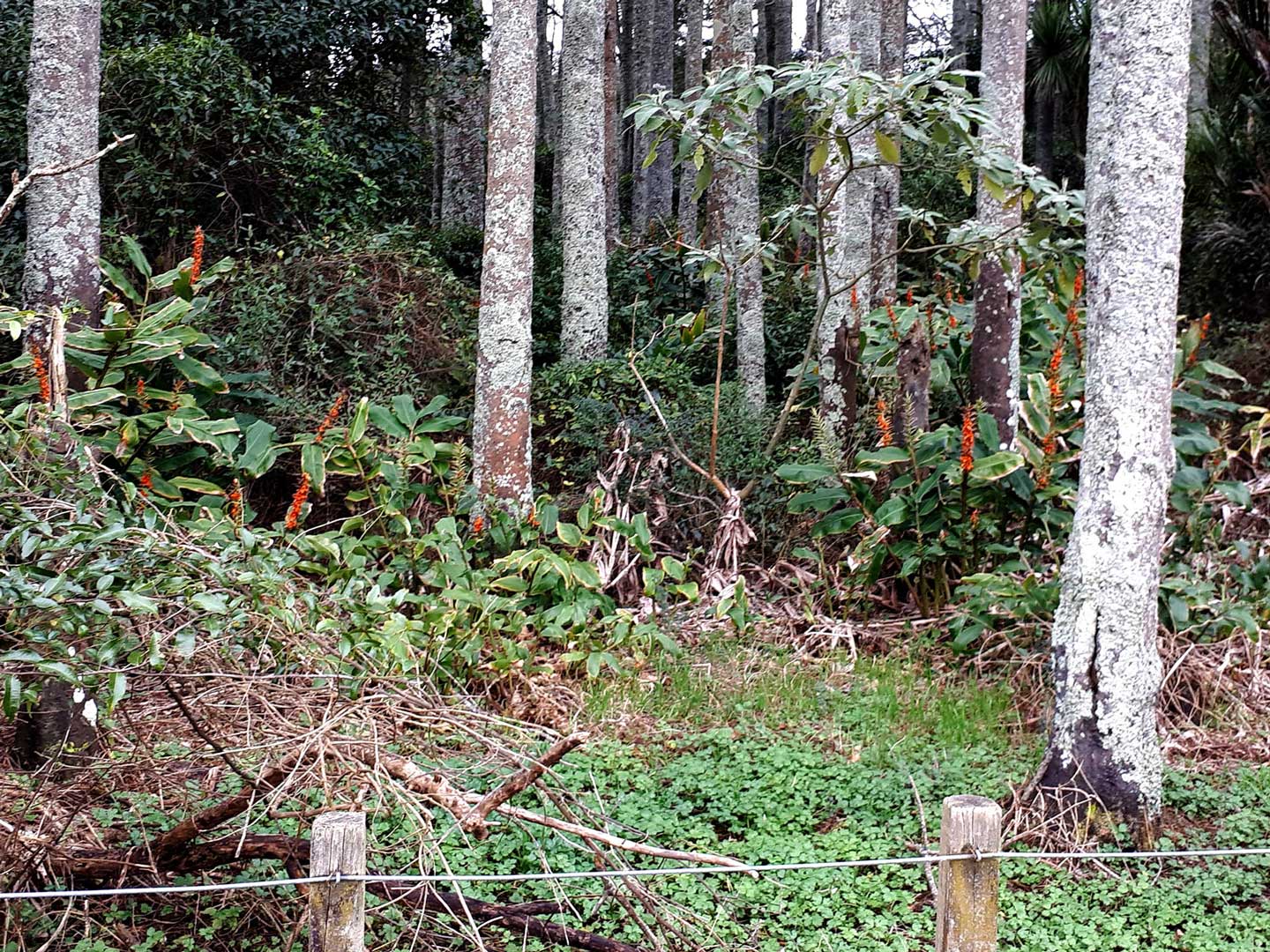 Starting with a team of five, our weed eradication and replanting programme began over 12 months ago, spanning six separate site visits to date. A smaller crew will continue quarterly visits to Ashmole Farm over the next five years.

These noxious weeds have embedded into the bushland for a decade. They’ve left behind a substantial seed bank in the area which will need to be exhausted over time. Permanent eradication means a long term commitment from the property owner. Time allows our team to stamp out the weeds for good, as well as provide essential care to the new trees planted in their place.

The warm autumn weather has carried over to a warmer than usual winter. And with plenty of rain mixed in with the higher than usual sunshine hours, we’ve seen our replanting efforts filling out quickly. You can see on the property a mixture of native tree species planted, including: 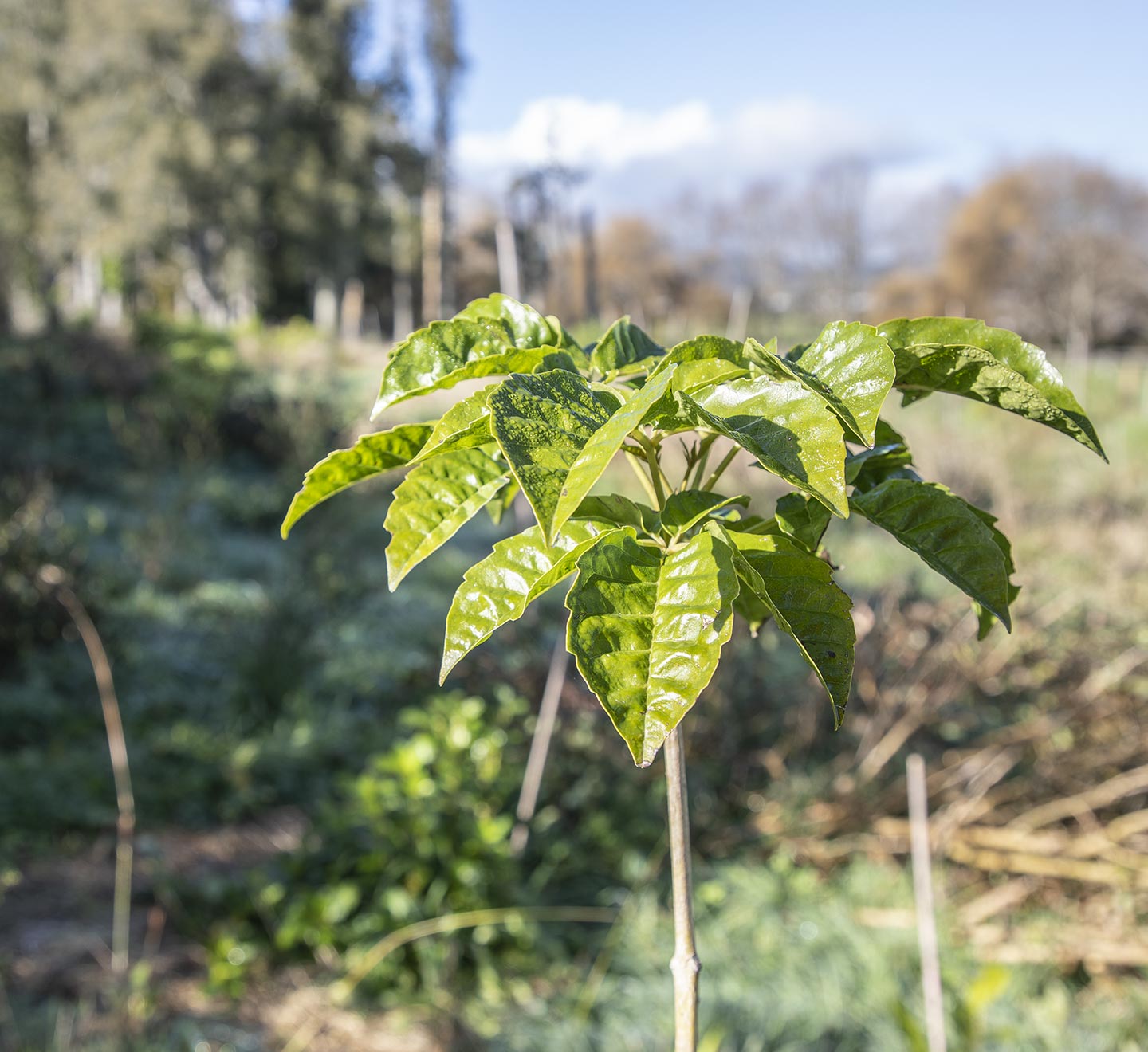 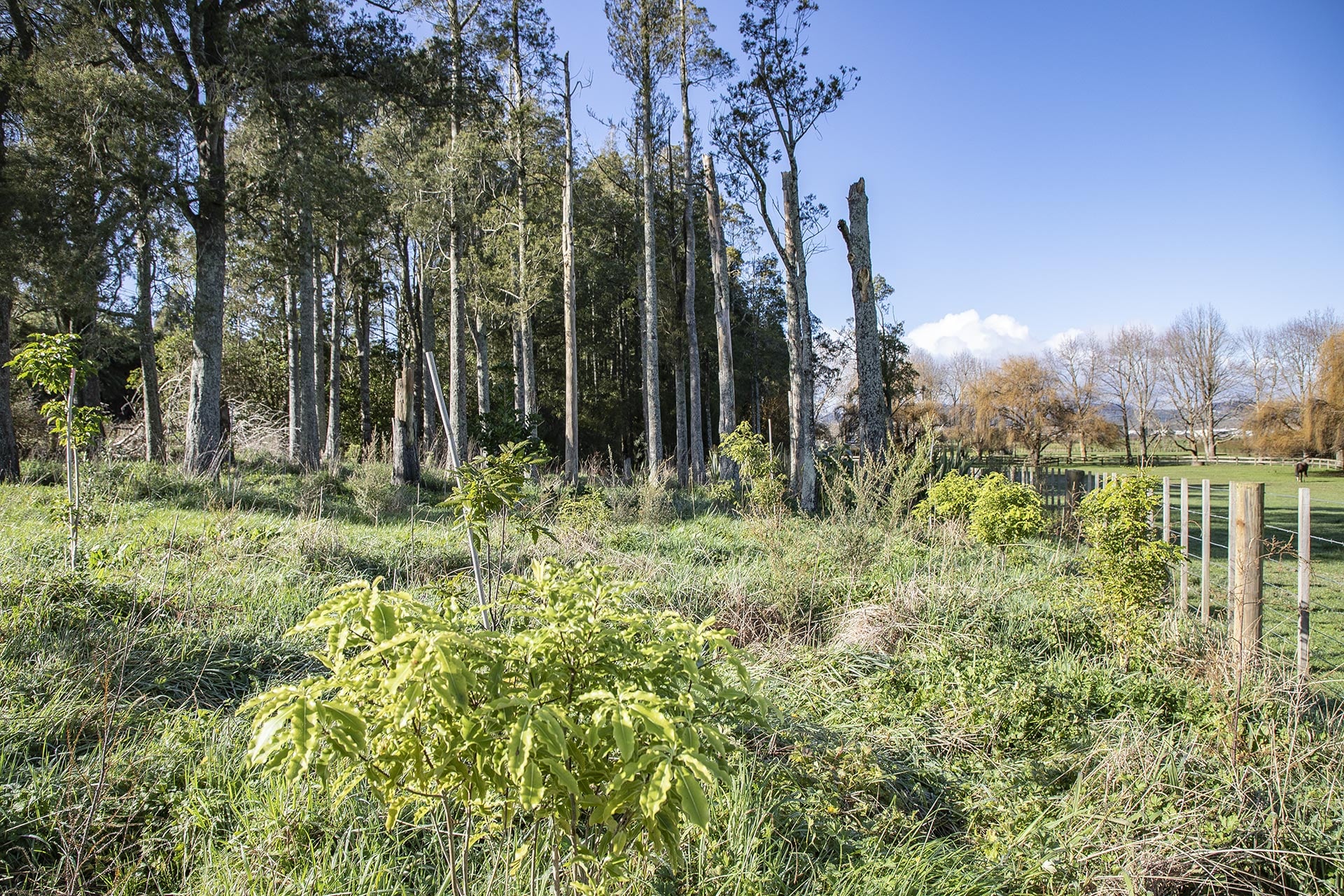 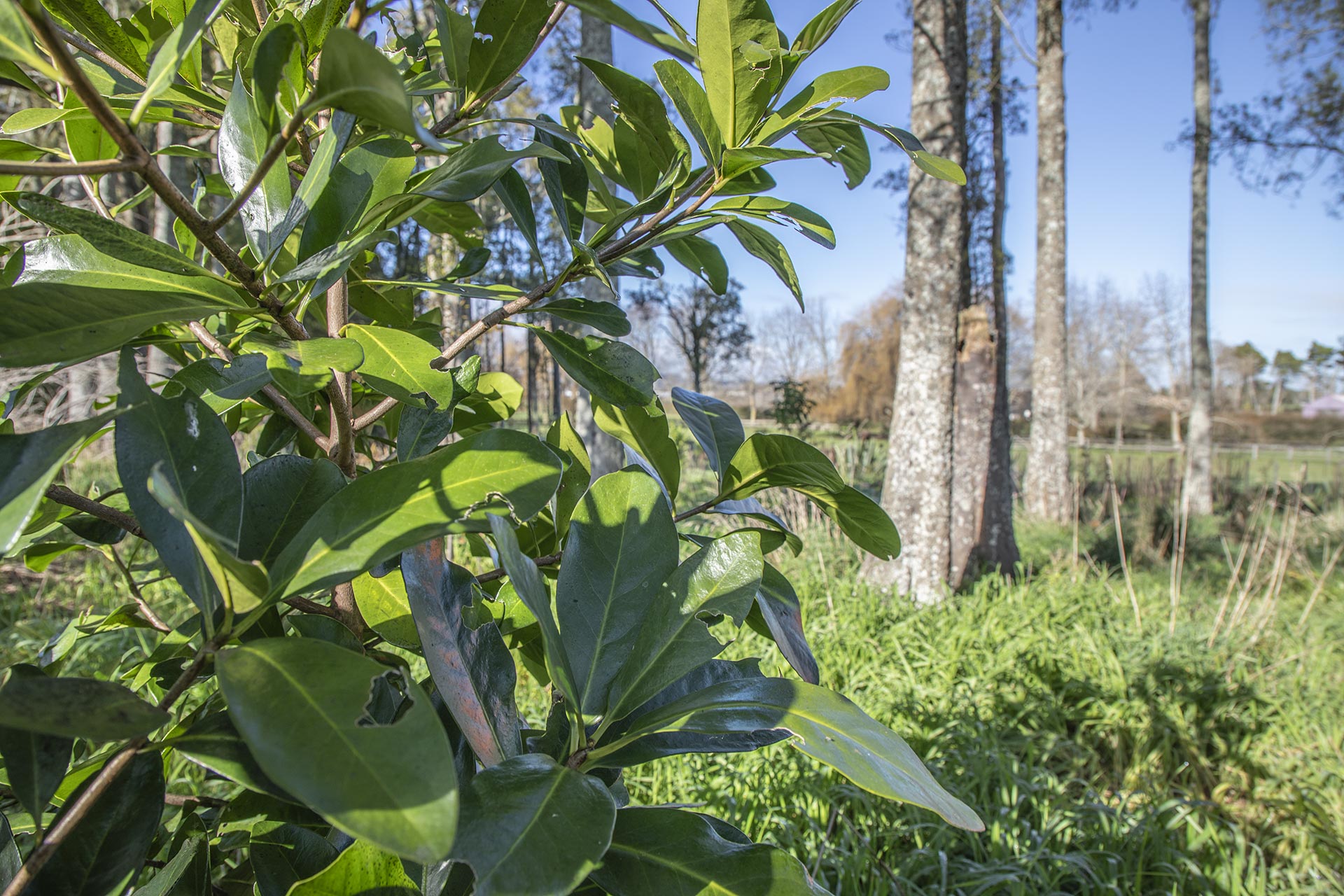 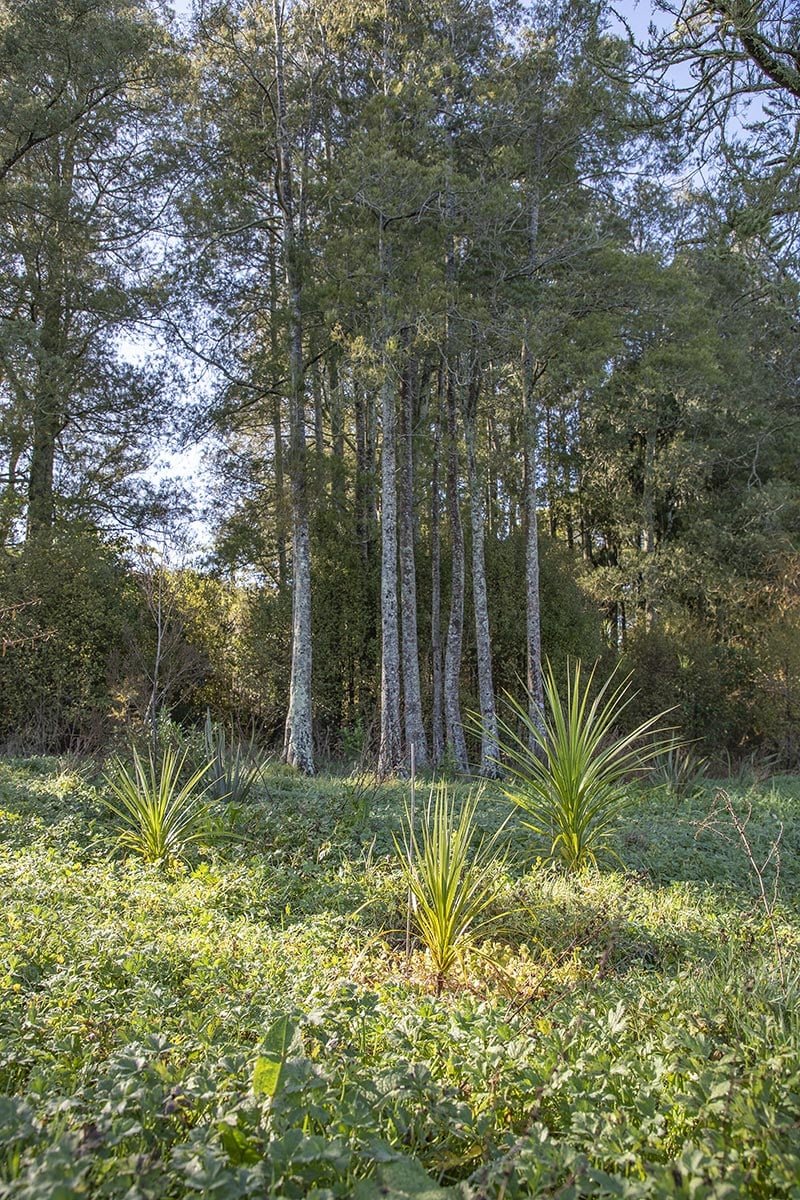 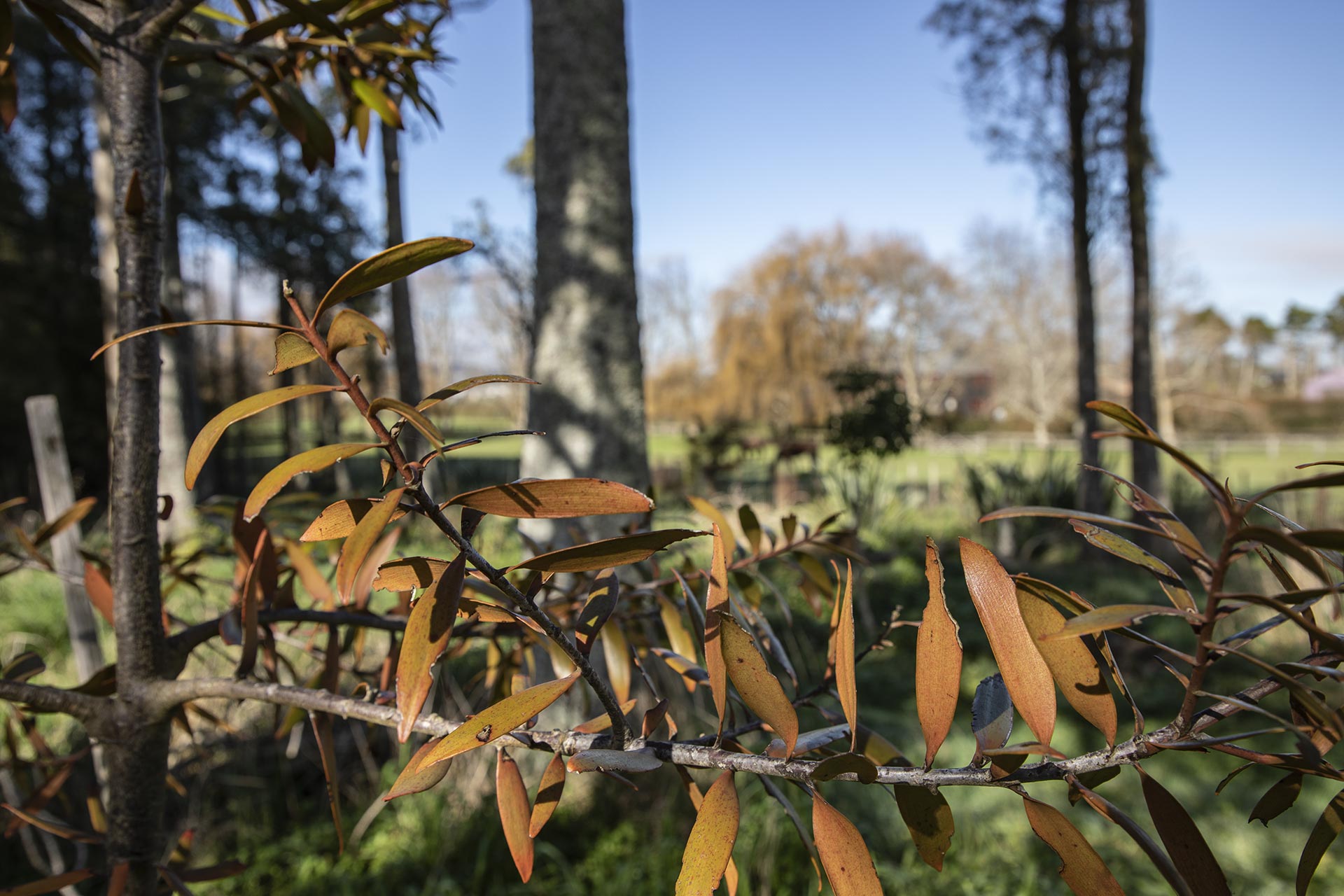 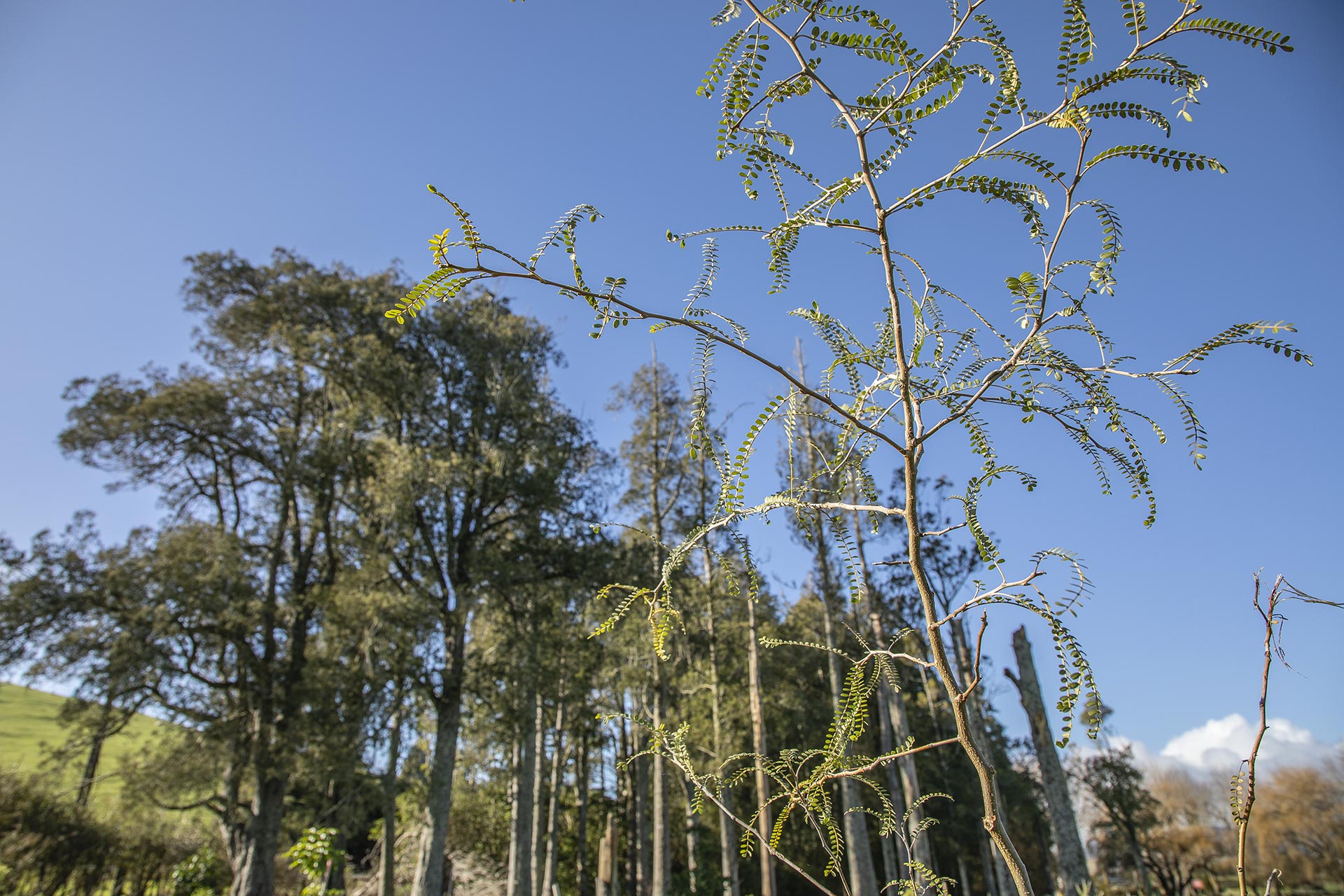 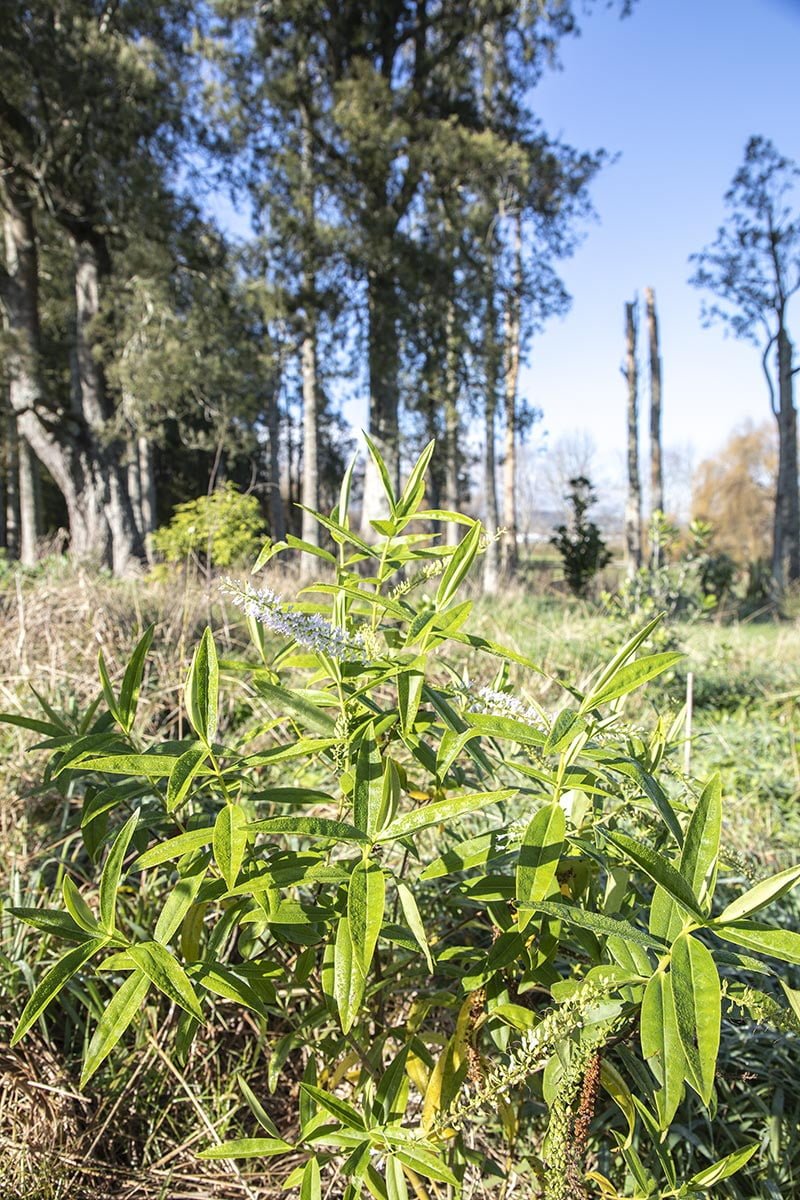 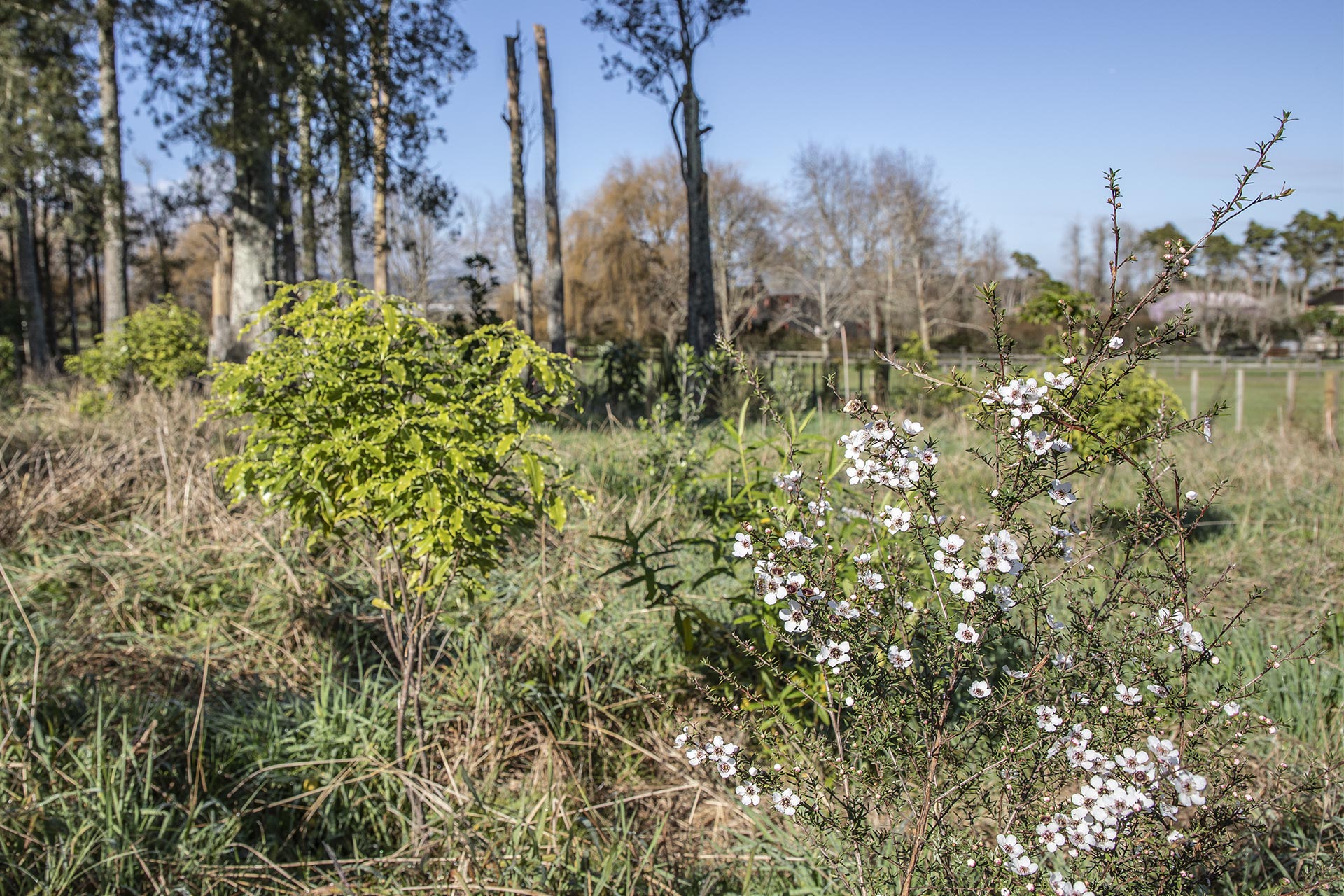 A staple of revegetation projects, fast-growing manuka and kanuka trees create a nursery environment that supports the growth of other slower-growing canopy trees. We’ve installed over 100 new kahikatea trees in tribute to the existing bush blocks, where these tall trees dominate the forest. This number makes the Ashmole Farm revegetation project unique: typical projects may feature a dozen Kahikatea at most, confined to wet areas of a site. 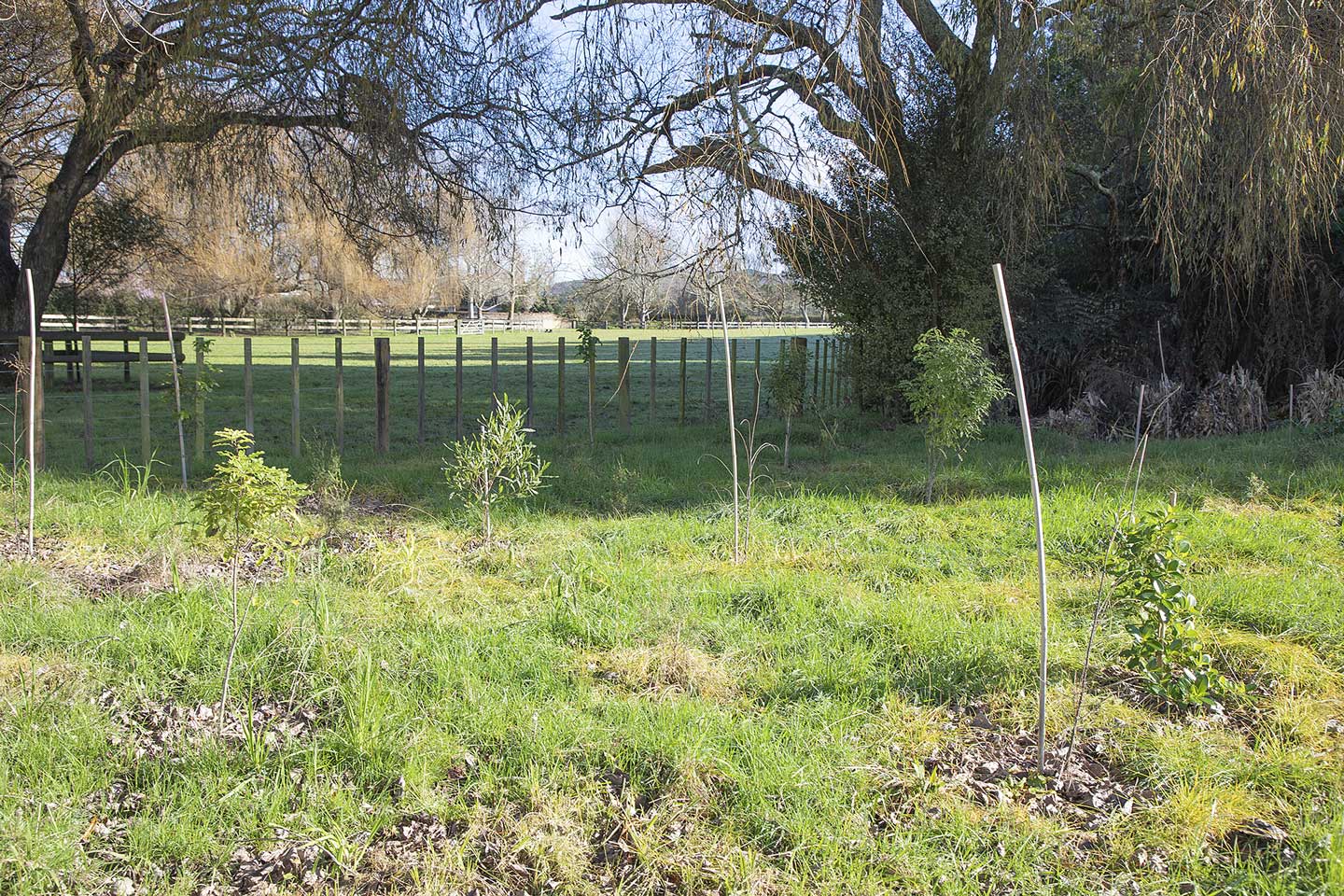 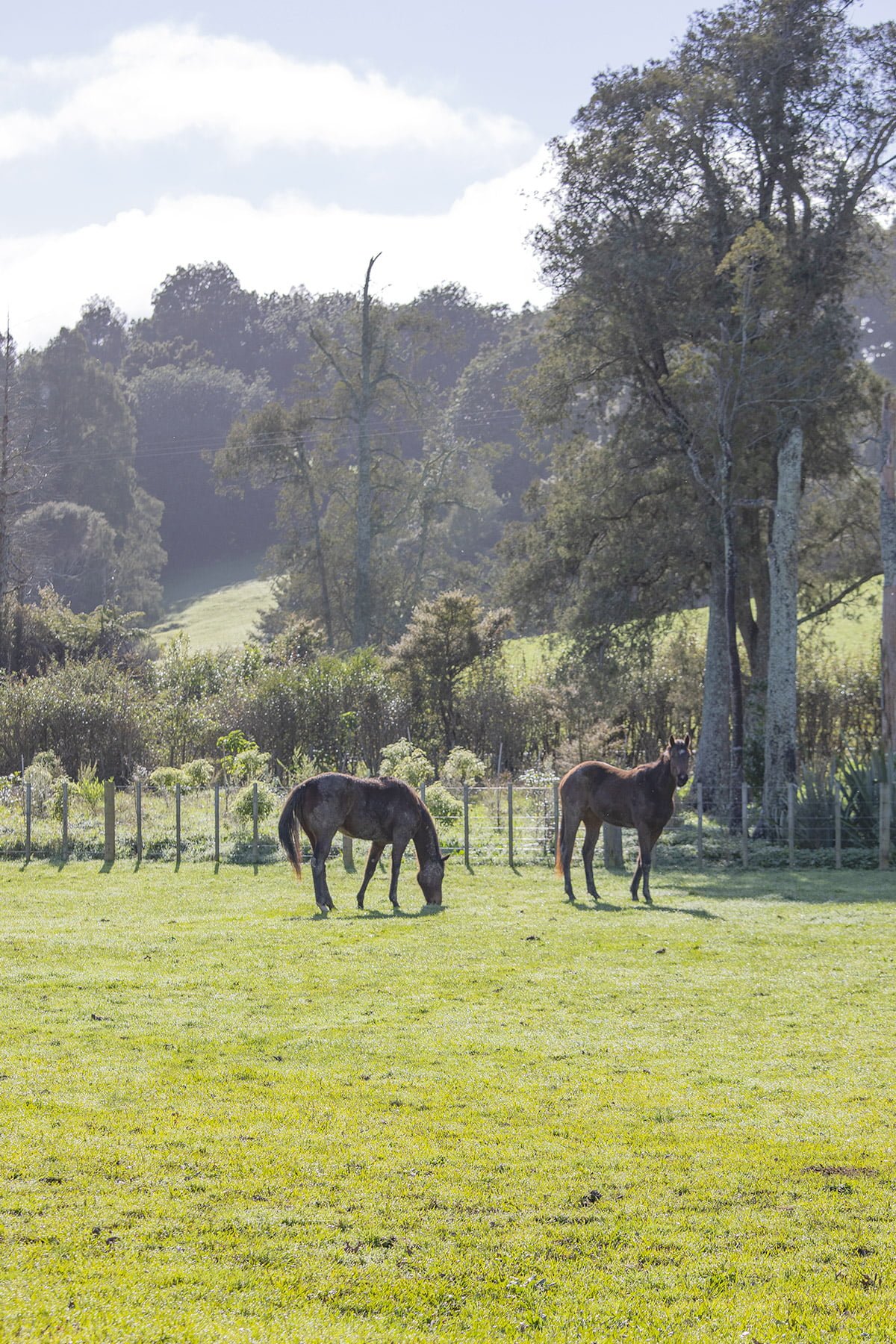 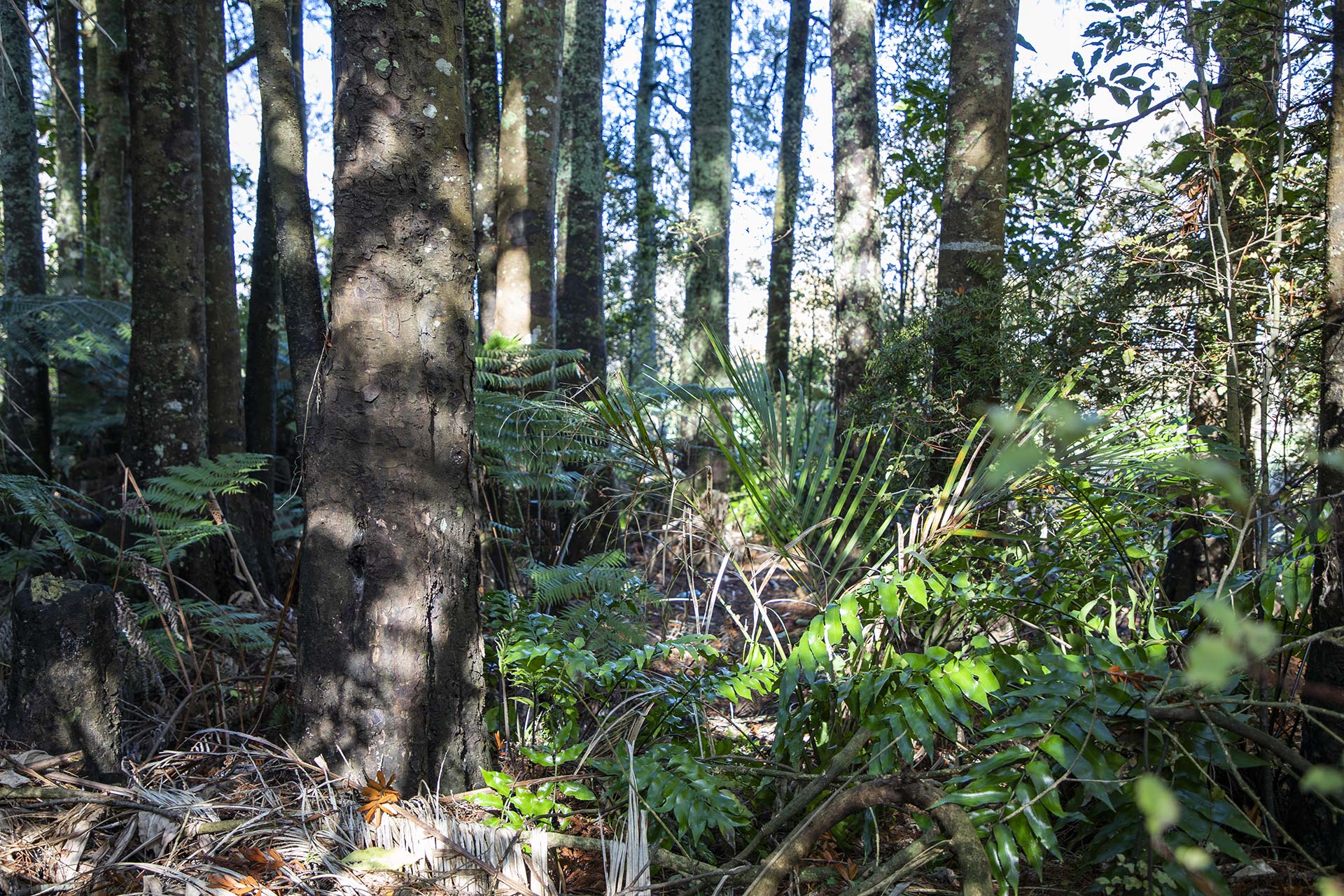 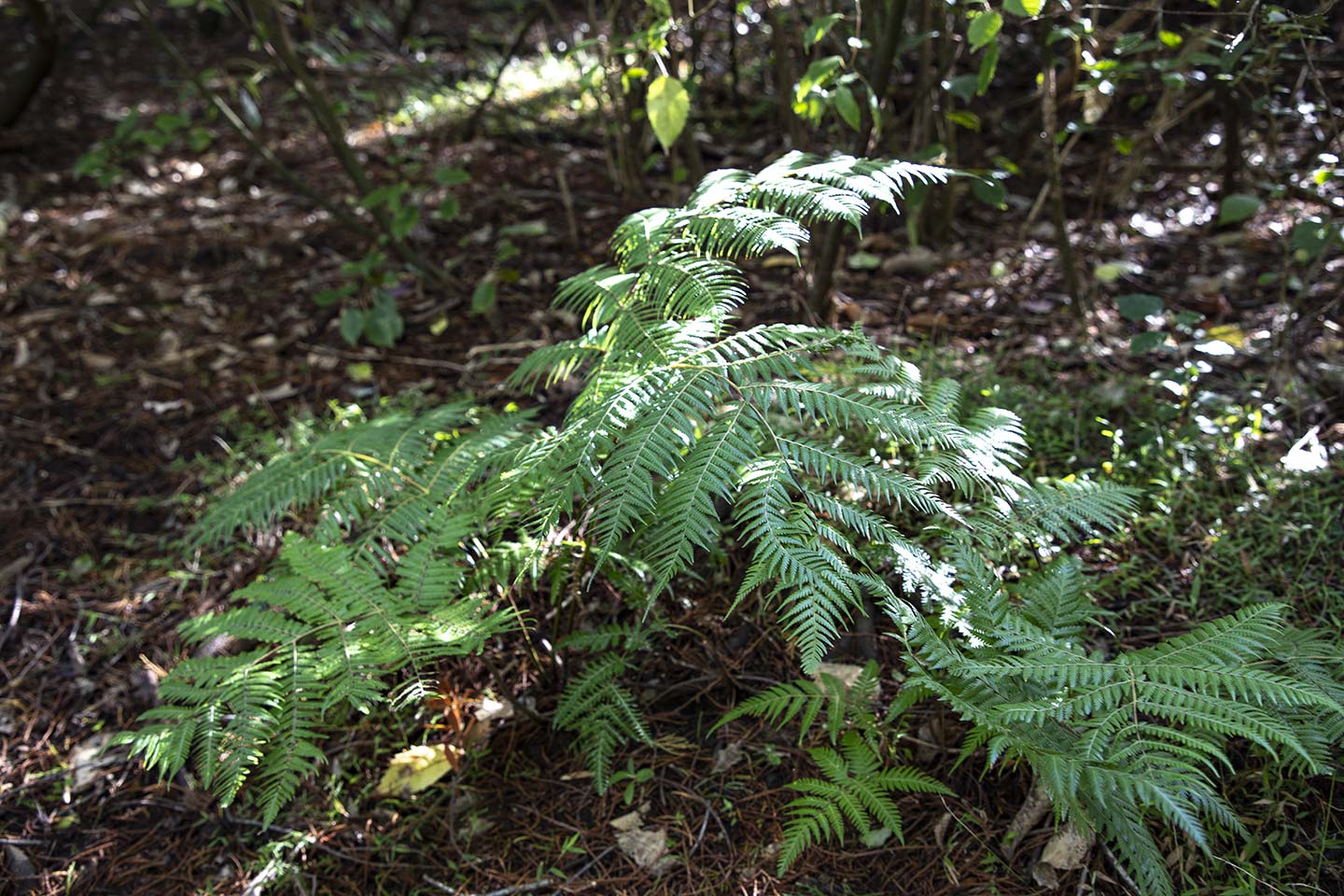 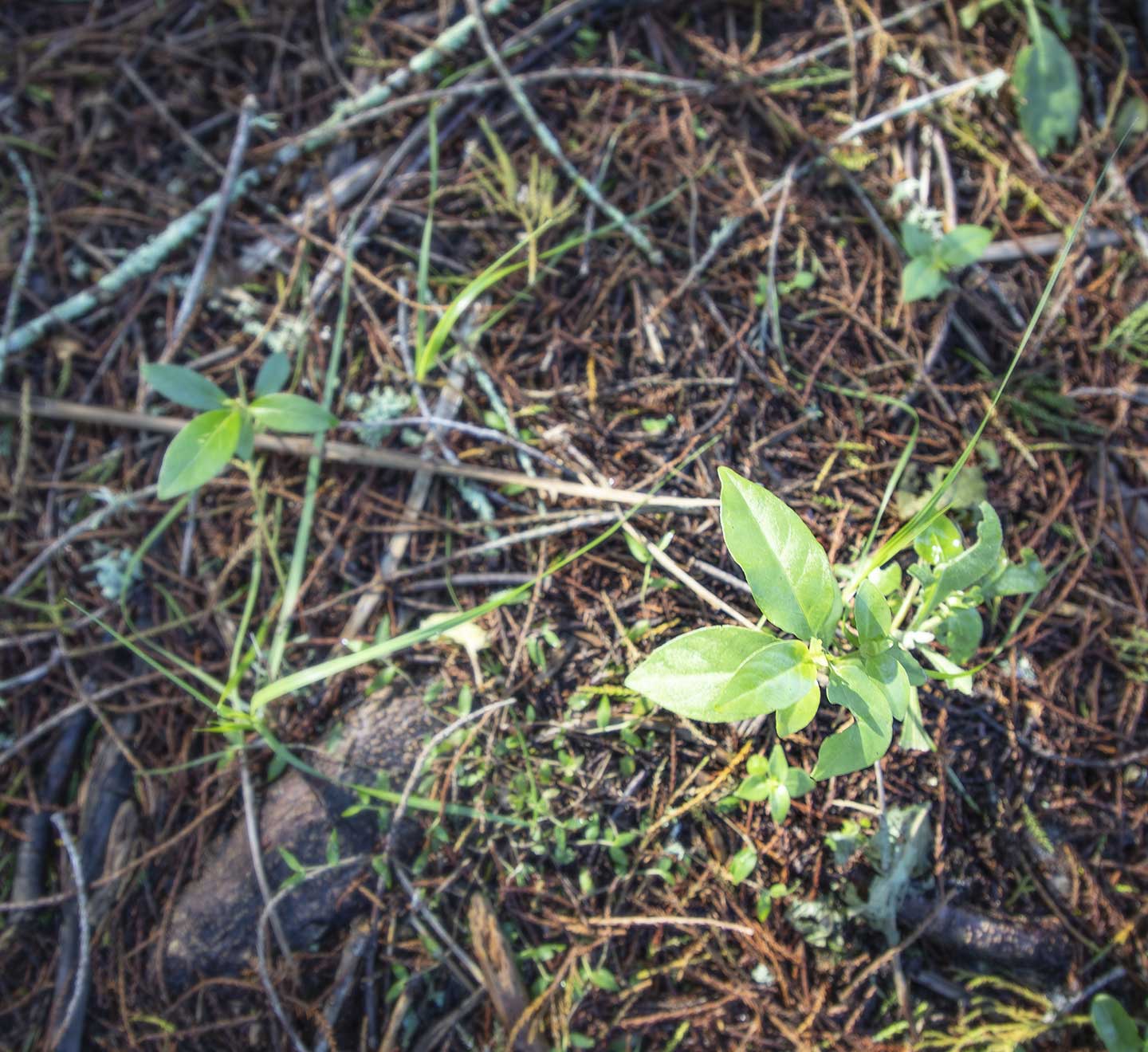 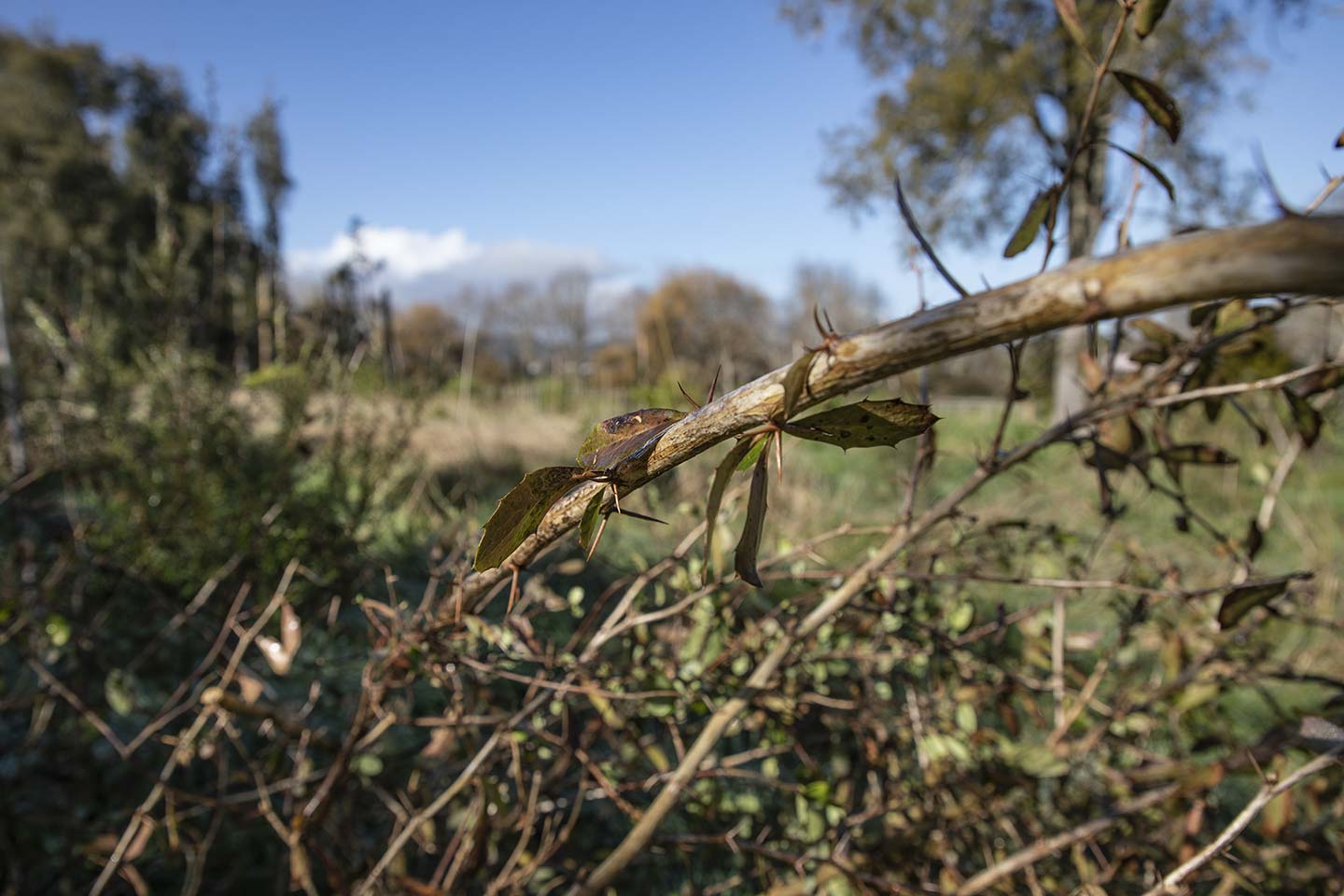 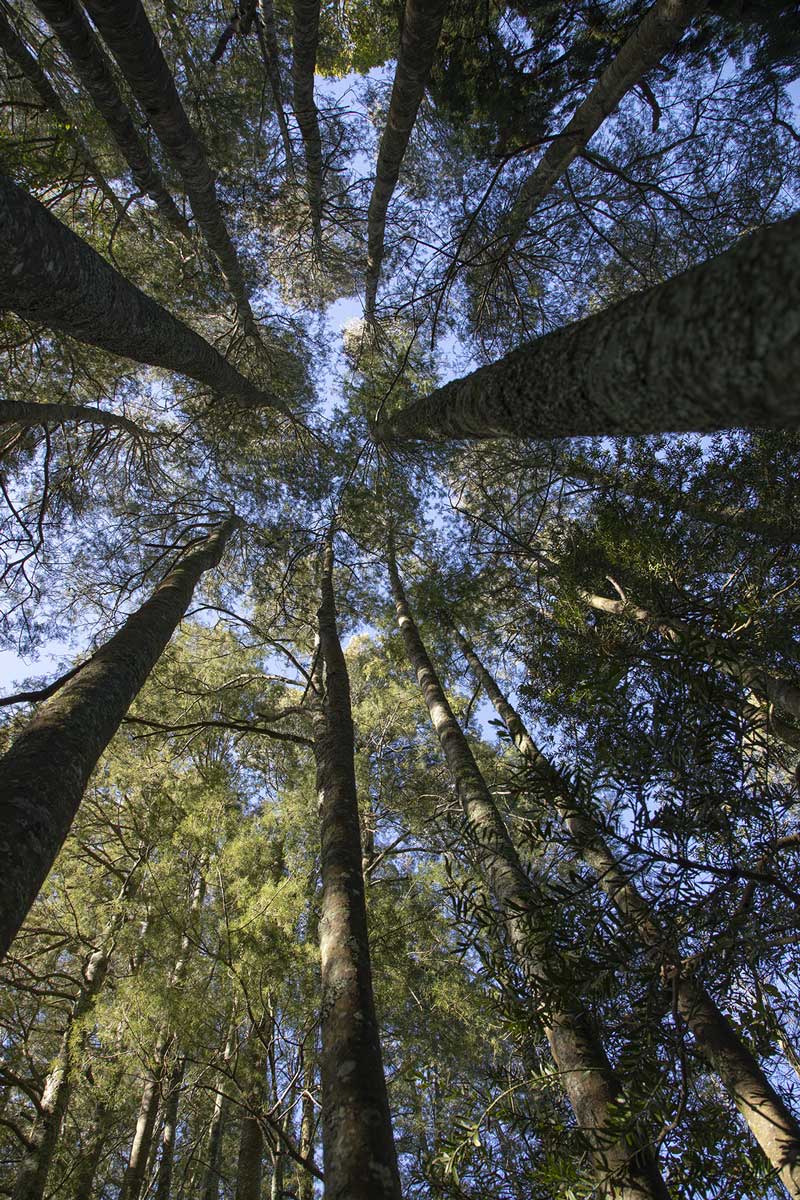 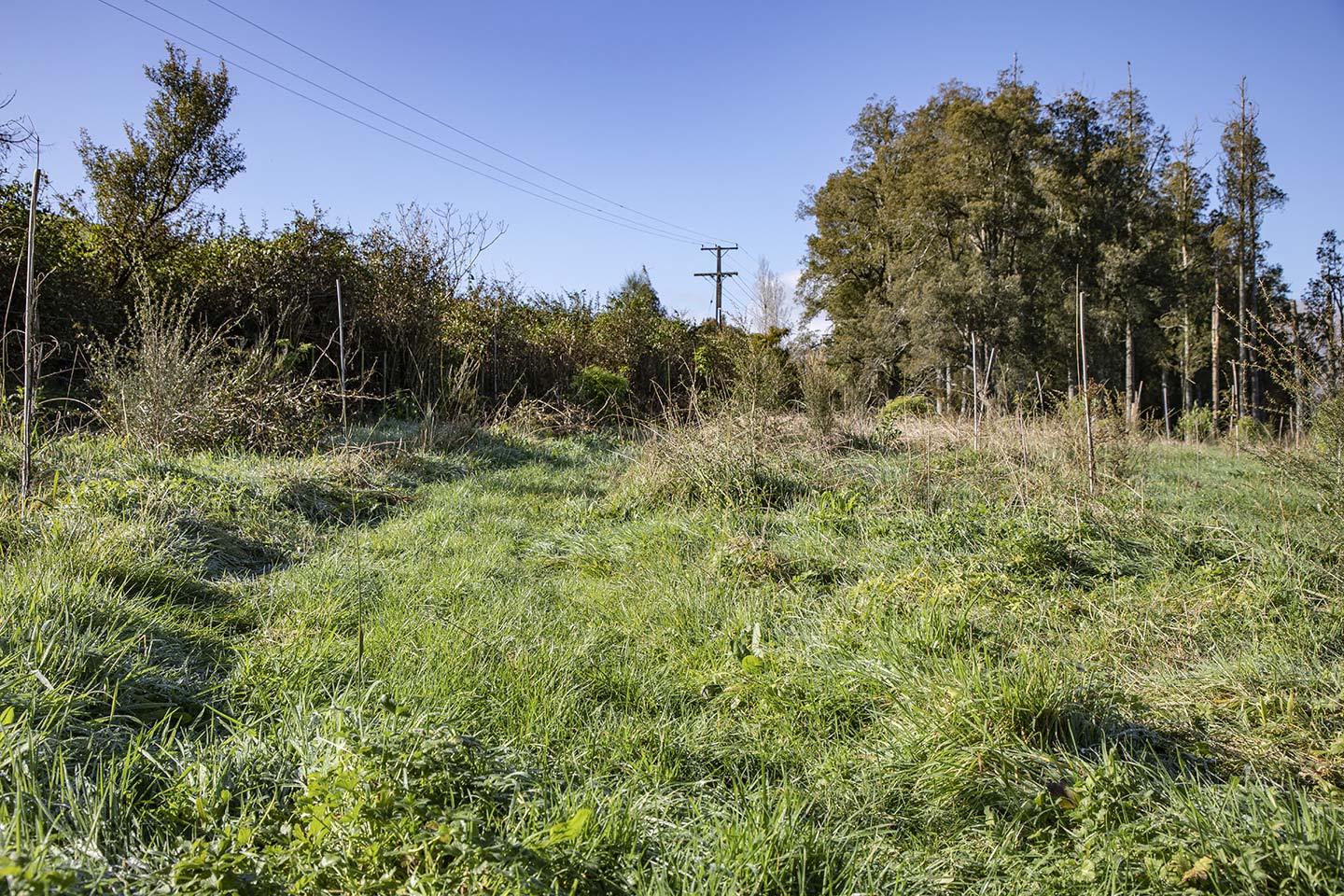 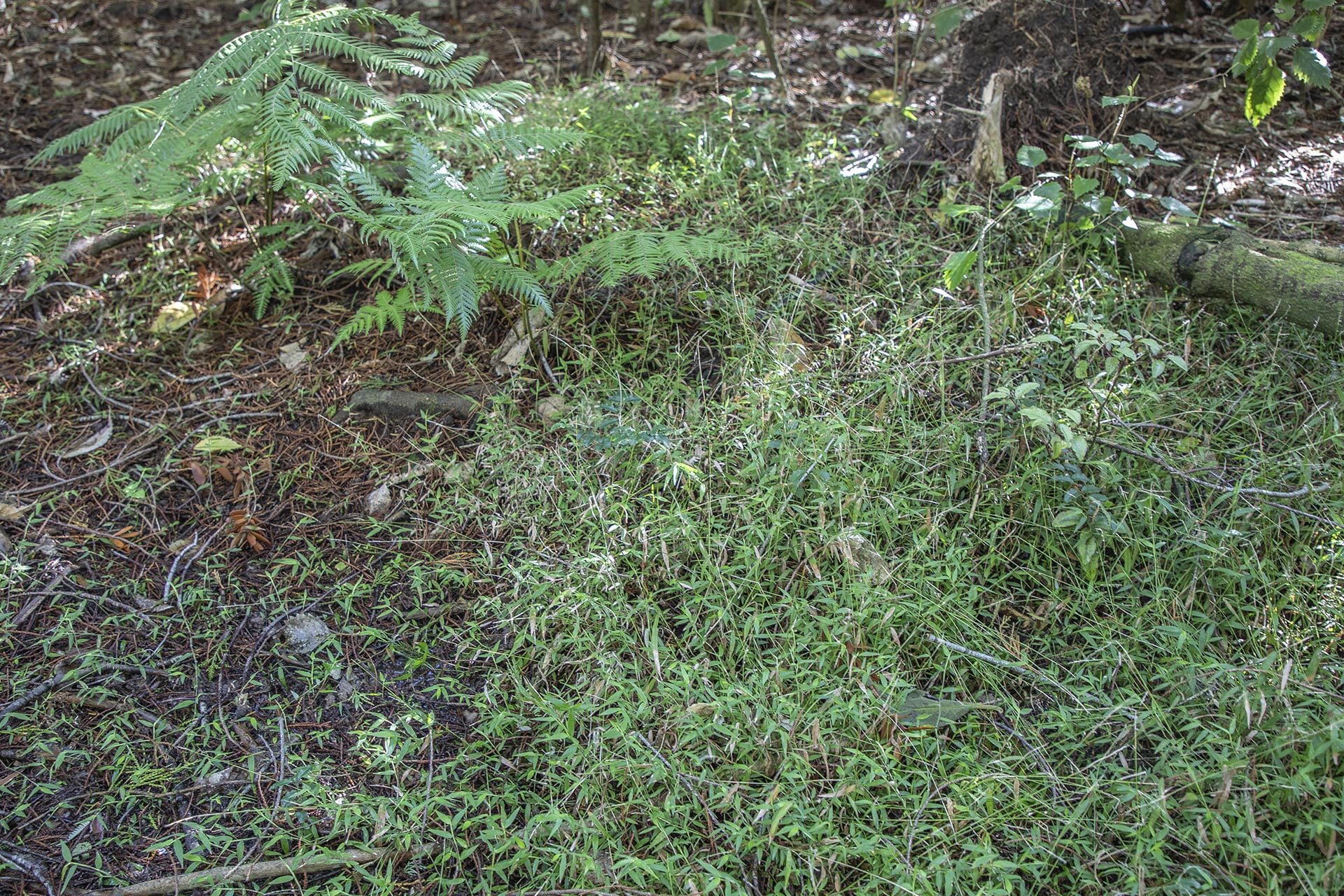 At the end of the project, a tall hedge of thorny bramble will be cleared along the outer road line. Once removed, the roadside will be exposed, and road noise will have a more significant impact on the farmhouse. Our native replanting will take the place of the old hedge, which is more suited the English countryside than our own.

To date we’ve cleared a significant volume of pest plants from the bush. Our hard work is providing ideal conditions for natural regeneration: we are already seeing many desirable “freebies” – self-sown seedlings – sprouting up from the forest floor.

Staying at ground level, we’ve employed the existing grasses, groundcovers and buttercup as a form of “living mulch”. These plants are an underutilised resource in environmental regeneration projects. On other sites, eradicating these plants and replacing them with bark mulch would often be the prefered course of action. We’ve decided to put them to work as a means of preserving soil moisture and keeping other weeds at bay and as a cost saving for the landowner.

The edge of the paddock adjacent to the main bush block at Ashmole Farm remains boggy for much of the year, due to the subterranean belt where peat features prominently. This soil composition means that rainwater sits at the surface level rather than draining away as it does for the majority of the paddock.

Instead of fighting against nature, the property owners have sacrificed this section of paddock, fencing off the peaty portion of land which we have since in-filled with native species. As the new plantings mature in this expansion area, they will bridge the two existing bush areas and assist with road screening and defining the central horse trail.

During the initial round of weed control, there was some debate around the buttercup, most prevalent at the point where the bush meets paddock. However, leaving the sectioned-off paddock grass and swathe of buttercup in situ was preferred to the “scorched earth” approach. Removing it en masse would risk inviting a fresh invasion of more problematic pest plants. A broadleaf spray has eliminated specific individual weeds.

Every quarter, we release the new plants from any grass and buttercup growth. This process creates a microclimate which maintains the soil moisture content and allows the trees to take hold.

As the trees mature, they will provide a canopy which will shade out the grass underneath and create an area conducive to further self-seeding and an inviting resting spot for seed-spreading birds.

Together with the farm owner, we may revisit the presence of the buttercup. We may later undertake a secondary wave of weed eradication and underplanting. But for now, paddock grass and buttercup is serving an important – and cost-effective! – purpose toward our efforts. 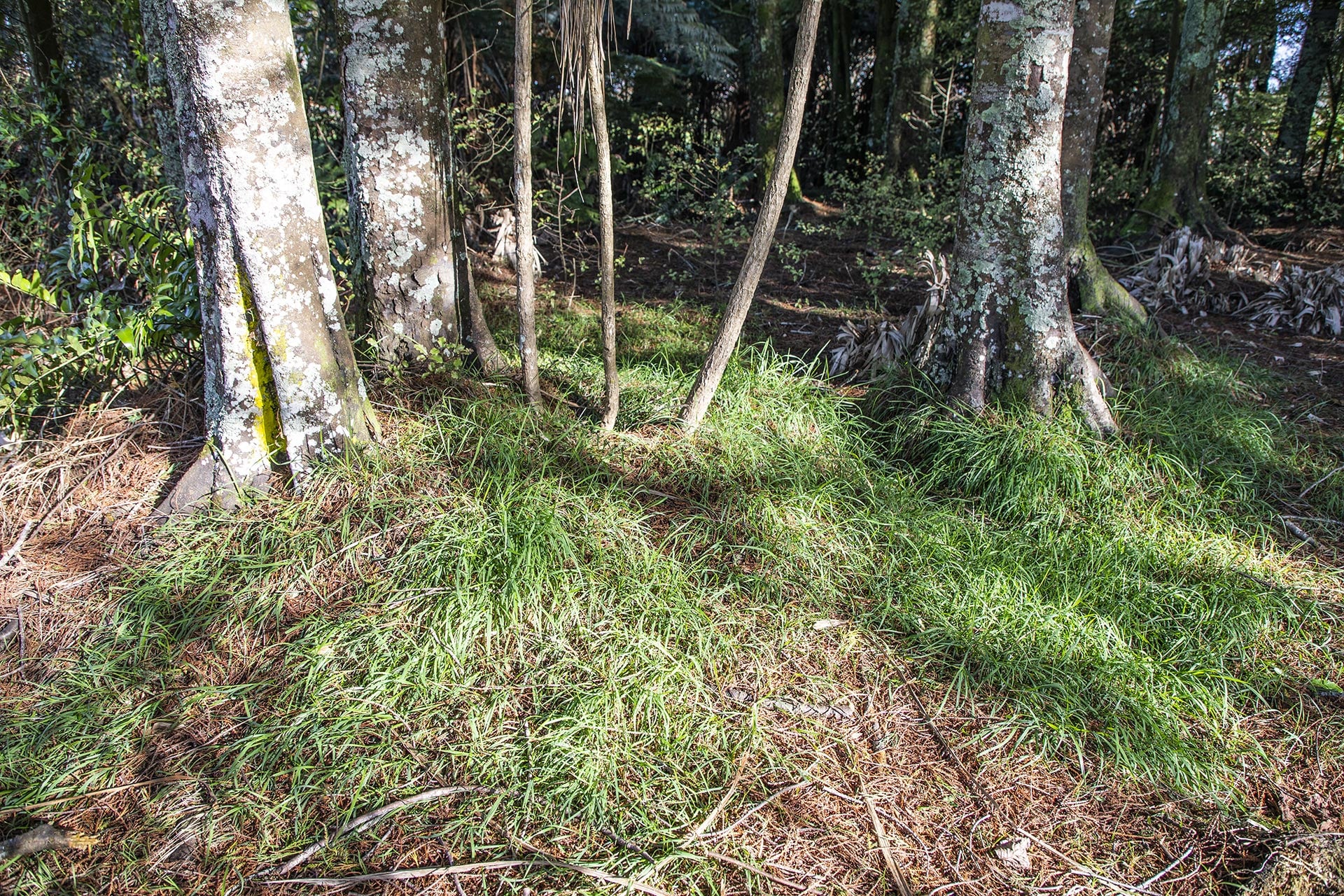 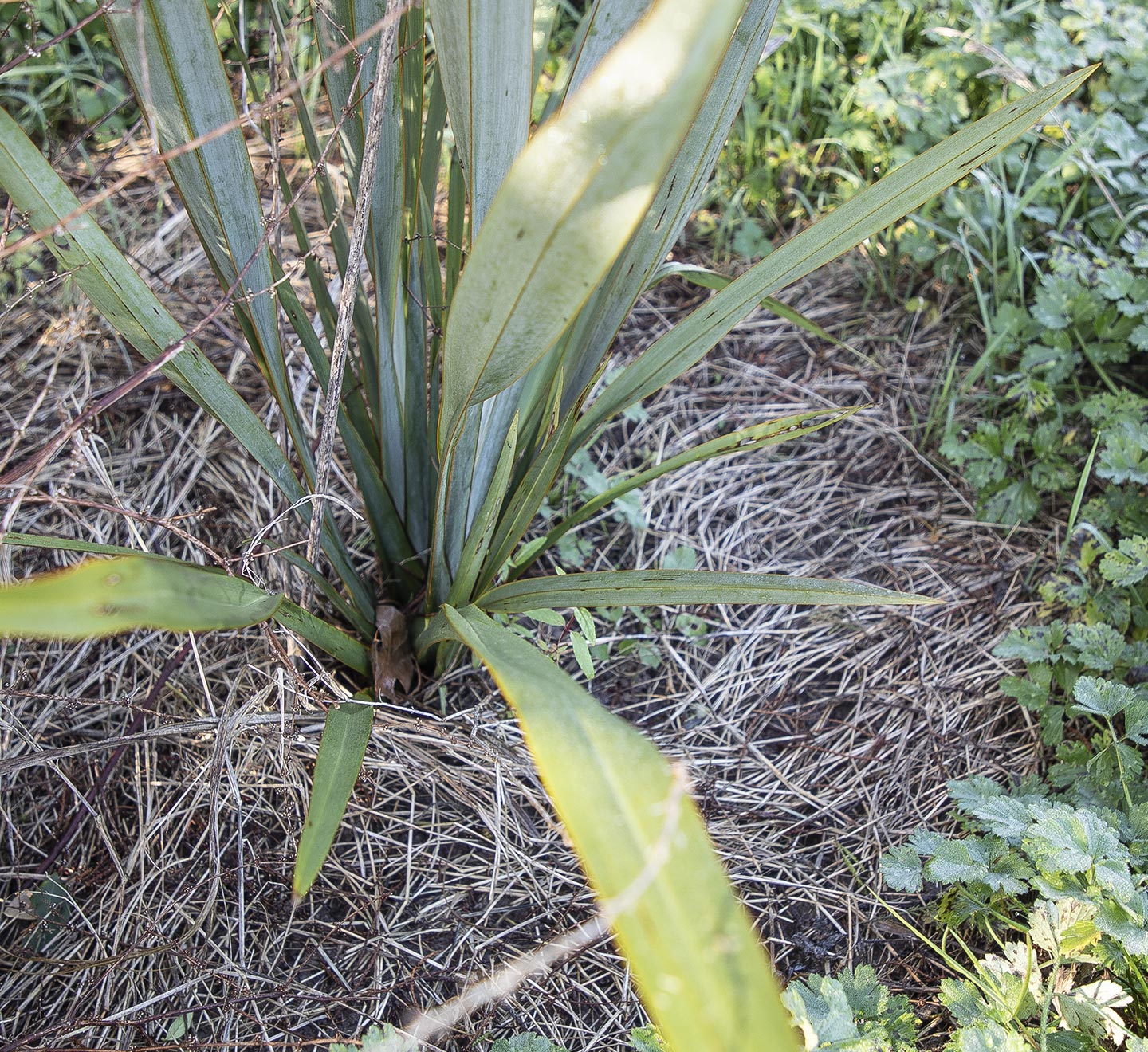 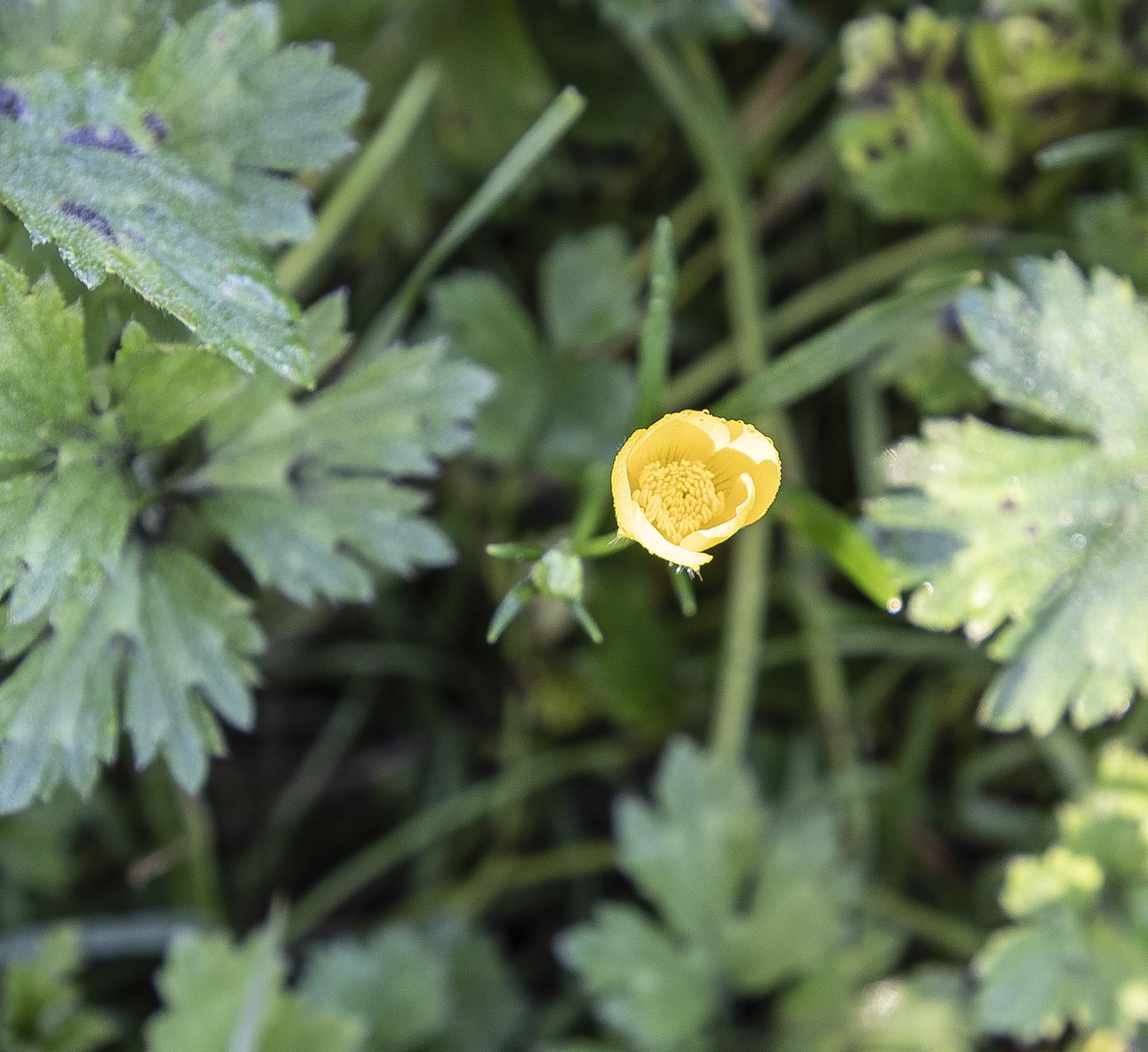 The Plant People will be onsite again later this winter. We’ll plant a further 200 trees and revisit our weed control efforts to kill off any regrowth since our last pass-through.